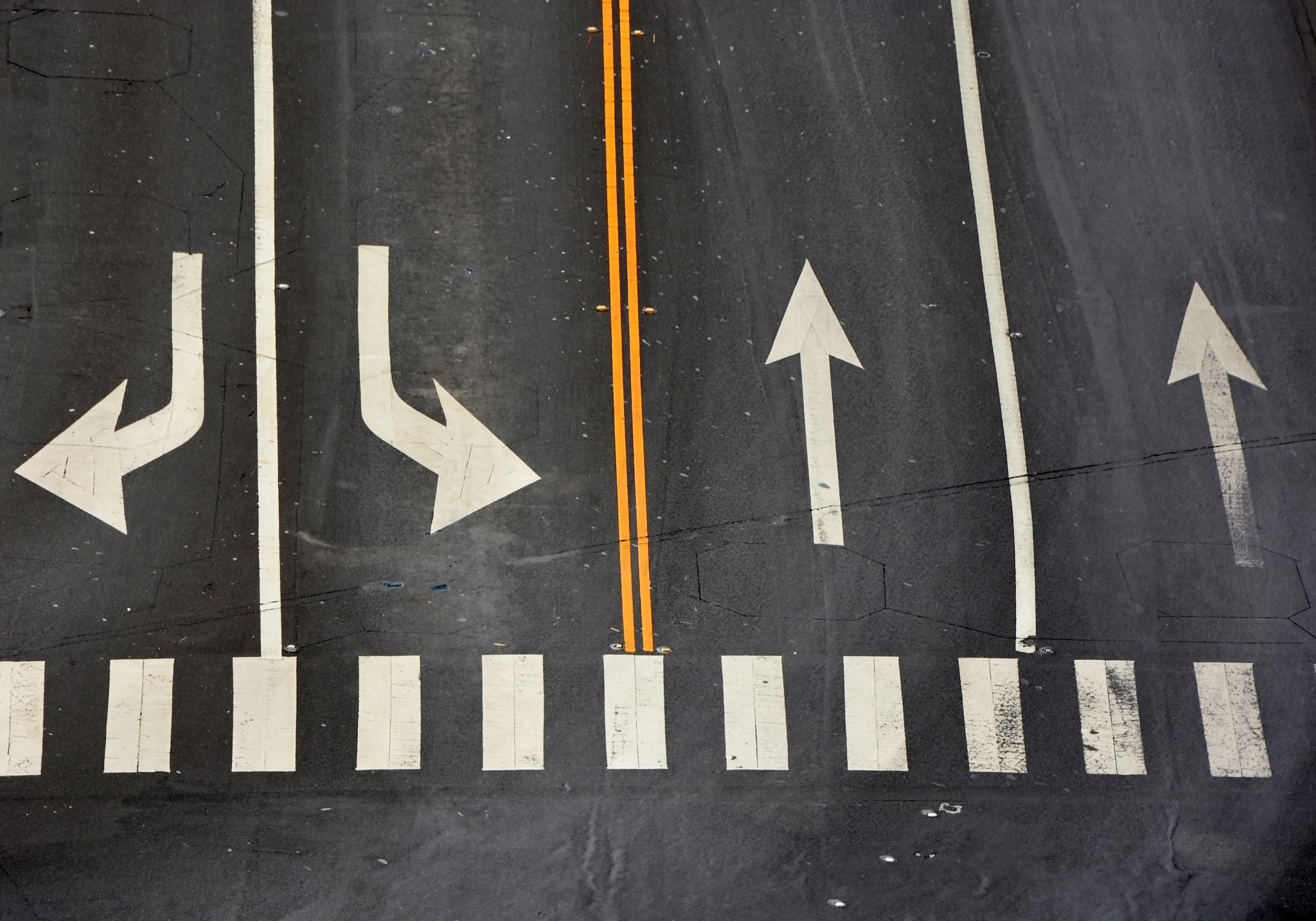 At Transline, we carry a wide range of traffic-marking paint. After all, we always want to make sure that our customers and clients have the right supplies and equipment to suit their purposes! However, a question we’ve received on more than one occasion is, “Overall, what’s the best type of pavement-marking material?” And that’s a tough question—one that requires a bit of explaining in order to answer.

Now, nearly all types of paint—be they heavy-duty traffic paint or craft-grade acrylics—consist of a color pigment suspended in some kind of liquid, with a few other ingredients mixed in to help with consistency and durability. When we talk about various kinds of traffic paint, the biggest difference between the varieties is going to be the liquid component. With that in mind, we can divide our paints into three broad categories: water, solvent, and thermoplastic.

Water-Based Paints
As their name implies, the primary component of water-based paints is water. Water-based paints are the most common type of paint used in pavement-marking jobs, and they’re also the least expensive. They’re relatively fast-drying (sometimes in as little as ten minutes after application), and any spills or mistakes are easy to clean up without doing real damage to the surrounding area. Water-based paint can be applied by hand, and it’s frequently used in line-stripers, too.

This style of paint is usually a fairly safe bet for most projects, but it does have its drawbacks. Chief among them: because it’s made mostly out of water, water-based paint often starts to “misbehave” in cold weather. Water-based paint can dry in ten minutes when the ambient temperature is 77°F or higher…but in cooler temperatures (or high humidity), drying can take substantially longer, and water-based paint shouldn’t be used at all in temperatures any colder than 50°F. This issue presents logistical problems in naturally colder climates; if you work in an area where the temperature only climbs above 50 degrees during the summer months, then that becomes your only window of opportunity for doing painting and striping projects!

Water-based paint is also the least durable of any road-marking paint we’ll discuss here; it just doesn’t have the staying power of other stains, and it can’t withstand very much wear from traffic (both foot and vehicular) or inclement weather.

Solvent-Based Paints
Solvent-based paints have a chemical substance other than water as their primary liquid. Though there are a few different kinds of solvent-based paints available on the market, the two most common ones are acetone paint and epoxy paint. Epoxy paint is actually made of two separate components that must be mixed by the user prior to application (you can’t get it pre-mixed), while acetone is typically ready-to-go right out of the container.

Cost can be a big hurdle for using solvent-based paints, as well; it’s considerably more expensive than water-based paint. While it does last longer and therefore may “pay for itself” in the form of not requiring as much upkeep, it still represents a budget-busting initial investment.

Thermoplastic
Thermoplastic isn’t “paint” in the traditional sense of the word. Instead, it’s a type of plastic that’s solid at room temperature but liquefies when subjected to high heat. In its liquid state, the plastic can be applied to paved surfaces, and as the plastic cools down again and re-solidifies, it sticks to the pavement. Thermoplastic is commonly sold in the form of pellets; these pellets are then melted down using special equipment that (1) allows a technician to free-hand lines or markings, and (2) keeps the plastic at the right temperature to stay liquid but not scorch—approximately 400°F.

(It’s worth mentioning that thermoplastic is also sold in the form of pre-cut pieces, which are nearly always shaped like arrows, letters, or other symbols. With these pre-fabricated pieces, instead of all the plastic being melted at once, only the edges are heated with a hand-torch or heat gun; this provides enough adhesion for the entire unit to be stuck on the pavement.)

And the Winner Is…
It’s hard to answer the question of, “Which type of pavement marking material is best overall?” because each type has distinct pros and cons. Before opting for one over the other, you’ll need to weigh factors like the geographic location of your project, your budget, and what kinds of conditions (both natural and man-made) that your markings will be subjected to. Thermoplastic is steadfast, but it might be prohibitively expensive to use on an entire city block. Water-based paint is cheap, but it probably won’t last very long on a major roadway. And solvent-based paint works great in cold weather, but you’ll likely find yourself in hot water if you use it in a city where the stuff is illegal!

The short and simple answer is that one type of paint doesn’t necessarily “reign supreme”—instead, it’s a matter of picking the best paint for a specific job. And remember: when in doubt, you can always consult with an expert!

About the 2022 National Public Works Week With Transline

Visit Transline at the National Pavement Expo and Conference 2022