The National Transportation Safety Board (NTSB) investigated an end-of-queue work-zone crash that occurred in Tennessee in June 2015. They conducted a hearing on October 4, 2016, to discuss their findings and will publish their final report sometime in November. 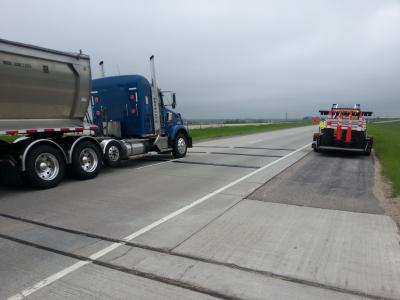 On June 25, 2015, the driver of a truck and semi-trailer failed to respond to an end-of-queue traffic slow-down on Interstate 75N in Chattanooga. Traffic was slowing because of a work zone with a lane closure on I-75N near Mile Marker 11.7 just north of US 64.

The truck driver apparently did not see the slowing traffic and building queue. He did not attempt to maneuver away from the queue, nor did he apply emergency brakes. NTSB reports that the lack of driver response was “likely associated with fatigue and methamphetamine use.”

As damaging, if not more damaging, NTSB reports that “the truck driver had used methamphetamine prior to the crash, and its effects degraded his driving performance.”

NTSB ruled out other factors that could contribute to a work-zone crash. They ruled out the mechanical condition of the vehicles, weather or visibility, use of alcohol or medical conditions, and driver distractions.

The truck driver, his performance reduced by drugs and fatigue, nevertheless traveled at speeds of 78-82 mph through the work zone. Drugs, fatigue and speed were all factors that contributed to the moment when the truck driver hit the rear of a Toyota Prius “at high impact speed” at the end of the queue.

Still moving, the truck driver hit 7 more vehicles. By the time he had stopped moving, he had killed 6 people, two of them children, while injuring four more.

NTSB determined that the probable cause of the crash was “the driver’s failure to respond to the slow-moving traffic within a work zone because of performance decrements likely associated with his fatigue and methamphetamine use…[c]ontributing to the severity of the crash was the truck-tractor’s high-impact speed.”

NTSB identified significant safety issues from this crash such as limitations in drug testing programs, inadequacies of driver license records and incomplete employment background checks. They then made new recommendations to address those issues.

NTSB also mentioned another significant safety issue. They noted that while trucks are involved in 11.4% of all fatal crashes, they contribute to 30.1% of work-zone fatal crashes. NTSB cited speed, distraction and impairment as causes.

In their conclusions, NTSB noted that the Tennessee Department of Transportation (TDOT) had followed the requirements of the Manual on Uniform Traffic Control Devices (MUTCD) in setting up the I-75 work zone.

As such, in this report, NTSB reiterated a previous recommendation that FHWA provide further guidance in the MUTCD:

“Amend the [MUTCD] “Guidance” for work zone projects on freeways and expressways to advise traffic engineers on the use of supplemental traffic control strategies and devices to mitigate crash events involving heavy commercial vehicles.”

This is a repeat of a recommendation first made in Report HAR-15/02, dated August 11, 2015. That report, “Multivehicle Work Zone Crash on Interstate 95 Cranbury, New Jersey June 7, 2014,” contains the NTSB investigation of a similar, end-of-queue work-zone crash. This truck driver, diminished by fatigue, killed 1 and injured 9 more.

In the New Jersey report, NTSB provided specific examples of the amended guidance that FHWA should consider adding to the MUTCD:

“(1) traffic conditions that call for supplemental devices in addition to the MUTCD “Standard;”

(2) the length of advance warning areas and the use of rumble strips in these areas;

(4) other proactive measures to monitor and warn motorists of traffic backing up within the work zone.”

Specifying the use of rumble strips in the second item, NTSB refers to a Temporary Portable Rumble Strip (TPRS). NTSB mentions this type of rumble strip in footnote 82 on page 40 of the New Jersey Report. The footnote references the use of TPRS in end-of-queue warning systems in Texas.

RoadQuake TPRS, is the only TPRS approved in Texas. RoadQuake rumble strips have been used as part of end-of-queue warning systems deployed by the Texas Department of Transportation (TxDOT).

Results of the deployment of the warning system are impressive: rear-end crashes show a reduction from 18% to 45%, while savings in societal costs ranged from $6,600 to $10,000 for every night deployed.

The end-of-queue accidents in Chattanooga, Tenn., and Cranbury, N.J., were especially egregious. From the NTSB investigations, it is reasonable to believe both could have been prevented. 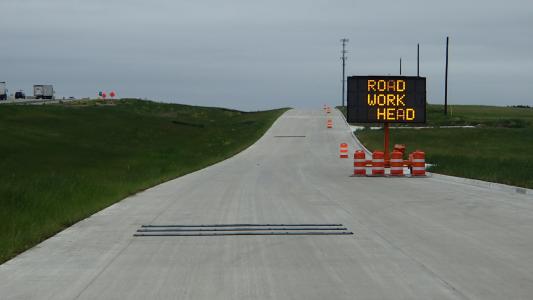